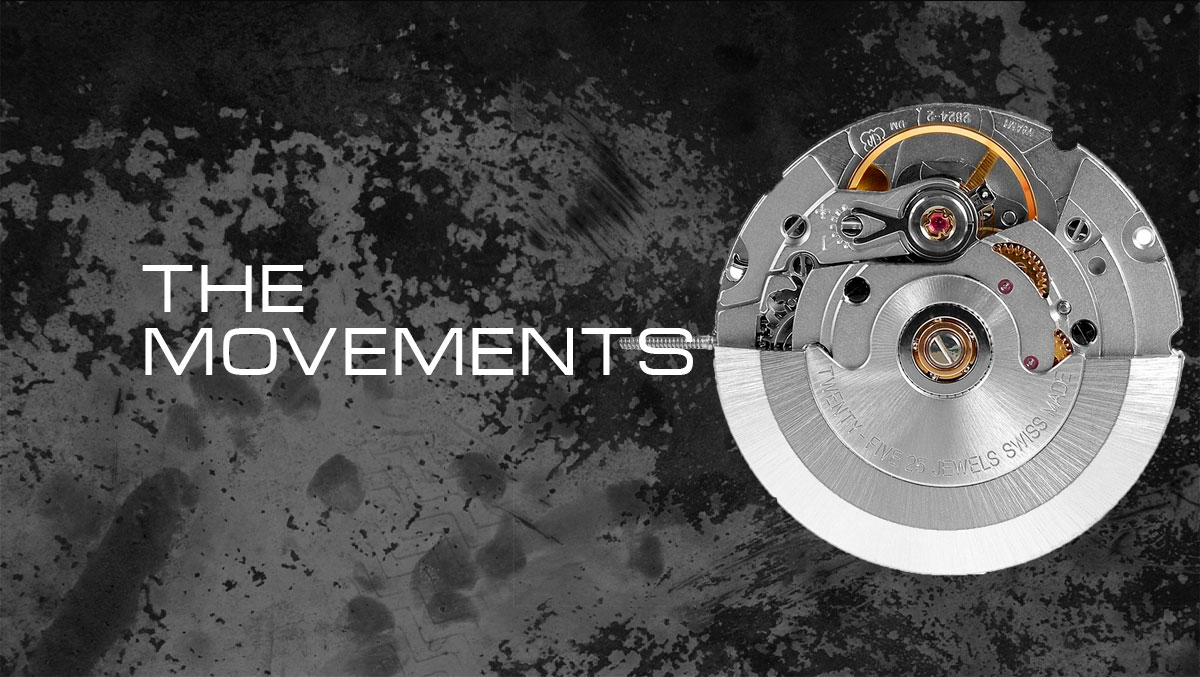 We have some exciting news to share about the movement(s) for the Benguela. (Notice the hint there?)

But first, let’s talk movements. If you walk into a watch shop at your local mall, 90 percent of the watches will have quartz movements. This means a battery powers a quartz oscillator, which keeps the movement ticking at regular intervals.

Automatic mechanical movements on the other hand, are more traditional and use a mainspring to power the watch. They are called automatic because they have a rotor, which automatically winds up the mainspring as you move your wrist. Movements without this feature are generally just referred to as mechanical movements. The easiest way to spot an automatic (or mechanical) watch is to look at the second hand; if it moves smoothly, then it’s an automatic.

When we first shared information on the Benguela, we told you we’d be using this Seiko workhorse movement. It’s a staple of the microbrand industry and is great for people who are looking for their first automatic watch or prefer collecting in the affordable price range. The beauty of the NH35A is that it’s super reliable. Its lower beat rate (vibrations per hour) means less wear, and so longer service intervals. It also features a bidirectional rotor, so it will be fully wound faster than some of its peers that don’t have this feature.

The NH35A has features that bring it pretty close to the Swiss-made workhorses, such as hand-winding and hacking (stopping the second hand when adjusting the time). It’s harder to adjust the NH35A for accuracy, but that’s offset by its supreme reliability and robustness.

We are very pleased to announce that the Benguela will also be available with the Swiss-made ETA 2824-2! This workhorse is loved and adored in the microbrand watch world. The higher beat rate gives the second hand a silky smooth sweep, and its larger balance wheel makes the ETA movement easier to adjust, allowing for higher accuracy with proper regulation.

The 2824-2 was based on the Eterna 1247 (first produced in 1955) and has been in production with ETA since 1982. We have secured a small batch of these movements exclusively for the Benguela! This will be our first Swiss-movement watch, making the ETA version of the Benguela our new flagship model.

There will only be a total of 150 Benguela watches using the 2824-2 movement across all three dial colour variations, so you’ll have to act fast if you want this upgrade when our Kickstarter goes live.