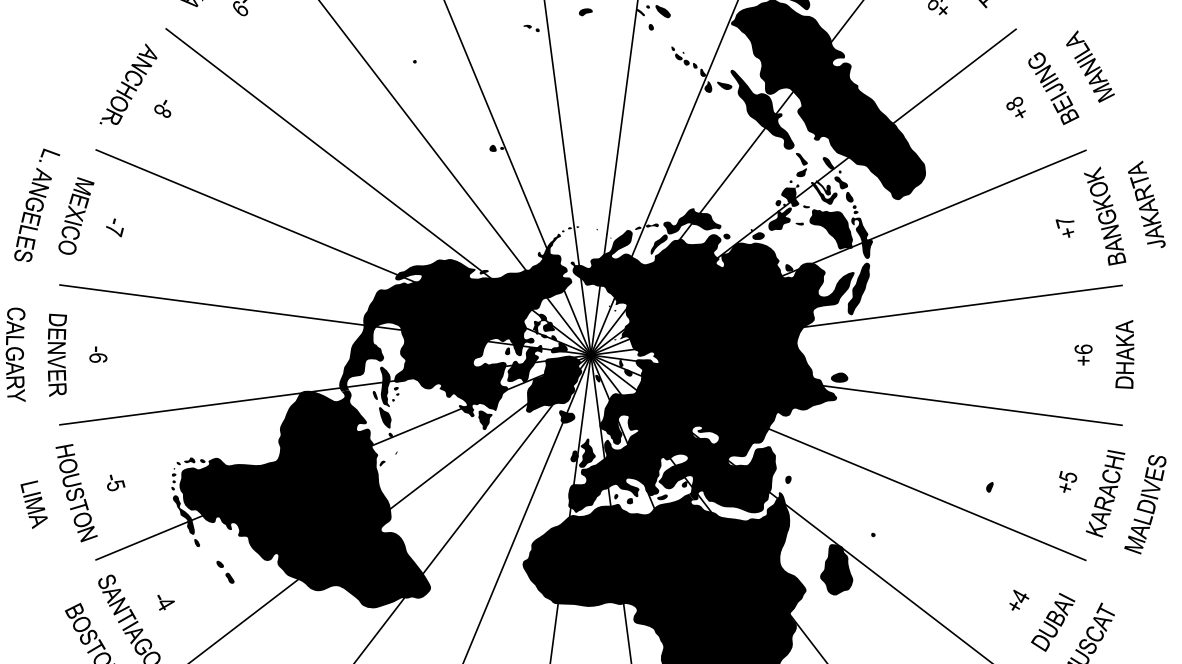 While creating the instruction booklet for our upcoming GMT, I realised how random and silly some time zones are. Similar to country borders, or the side of the road you drive on, many countries have been locked into a particular timezone just because that was what was decided by some leader decades ago.

For example, the island Azores, which is positioned in the -2UTC sector, still follows UTC time. And Greenland which is a massive land mass is almost all the same timezone, except for a relatively small section on the east coast that conforms to UTC.

More recently, Venezuela observes the offset of UTC – 4:30. This is because Hugo Chavez, the Venezuelan President in 2007 decided to permanently move the country’s time backwards by a half hour.

There are many other instances of time zones with 30min offsets. If you are ever bored, take a look at this site. It’s quite facinating.